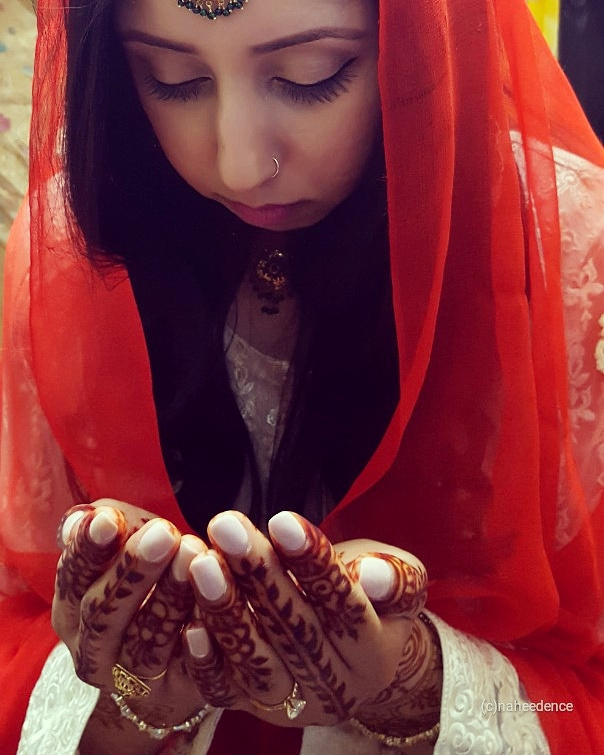 Above is a photo I shot of a bride the day after her Mehndi. She is pictured here saying a prayer during her Nikah. The Mehndi (aka henna) ceremony is before the Nikah. The Mehndi celebrates the beginning of a marriage with body art, members of the family and close friends mark their bodies in beautiful patterns. The Nikah is usually the following day.  During the Nikah the vows are said with a ring or valuables exchange and the couple is officially deemed married. 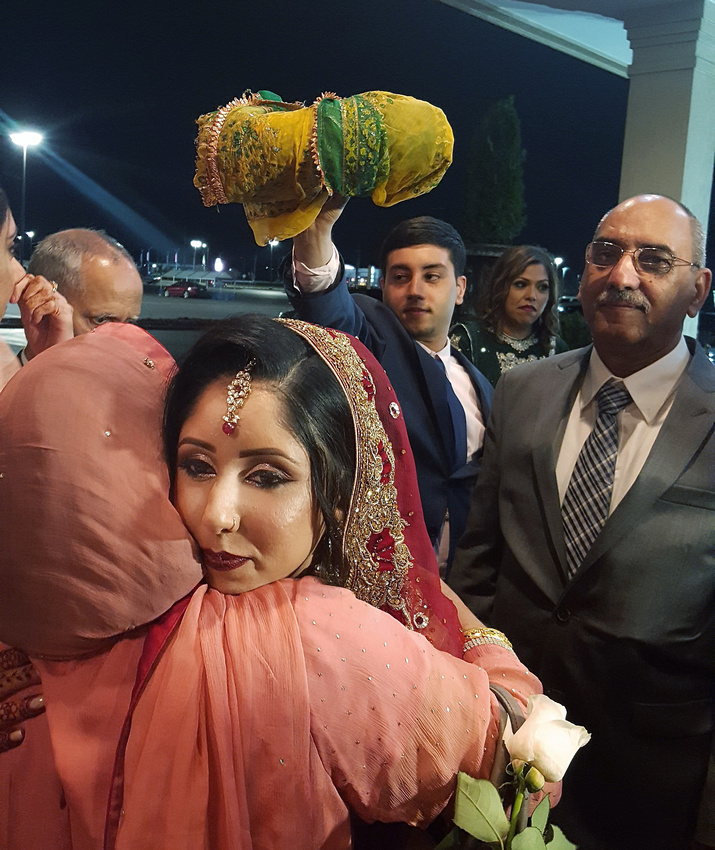 During a Muslim Rukhsati the bride is walked by her family to the groom's family with a Qur'an held over her head. The groom waits for her in the car and they drive away. They depart to their new life and the wedding is complete. Above the bride leaves the wedding reception with her family. These are truly the best times for me to shoot. They are candid, emotional moments, that can never be recreated.