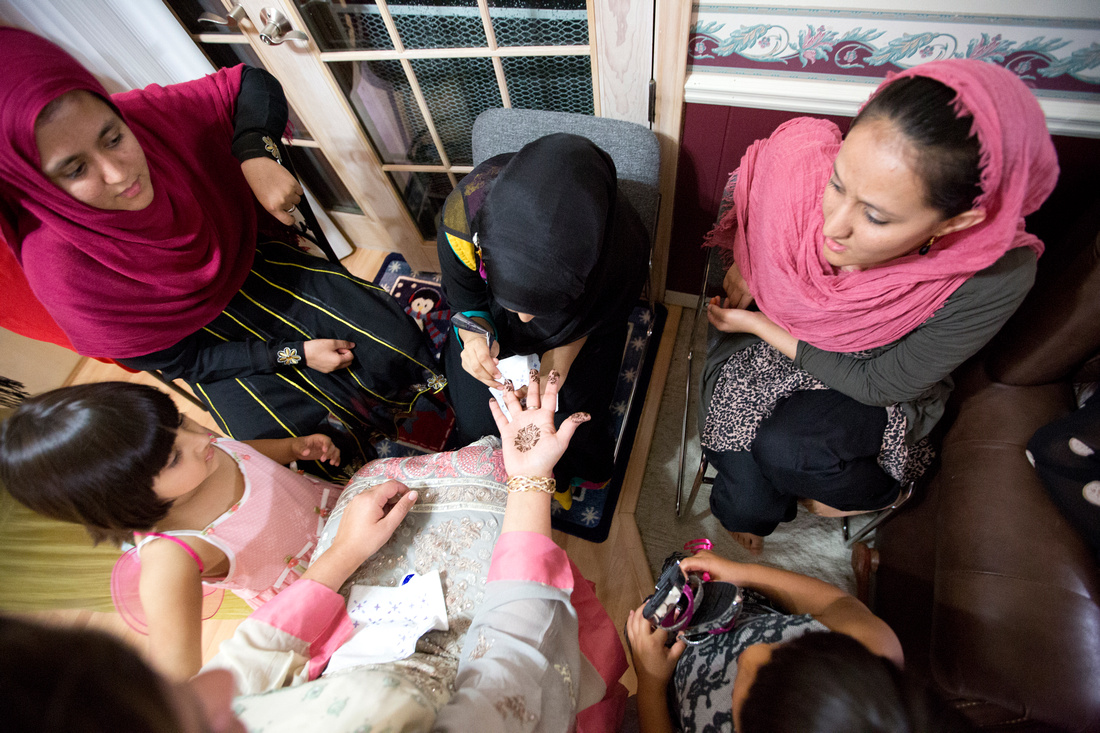 I remember having mendhi placed on my hands and feet as a child. I was so excited to see the colors meld into my skin. The longer you left it on, the darker it became. It's been a couple of years since I've had it on my palm. There are thousands of designs and I like to photograph while they are being "inked" on. It takes a steady hand, an eye for design and a lot of practice to get it to look lovely. Then again, almost any design looks good, in South Asia you see men and women with only a burnt orange circle of mendhi on their hands.

Mendhi is used by Hindus and Muslims worldwide to celebrate many occasions, especially weddings. According to a dictionary of Urdu, classical Hindi, and English the use of mehndi and turmeric is described in the earliest Hindu Vedic ritual books. It was originally used for only women's palms and sometimes for men, but as time progressed, it was more common for men to wear it. Haldi (staining oneself with turmeric paste) as well as mehndi are Vedic customs, intended to be a symbolic representation of the outer and the inner sun. 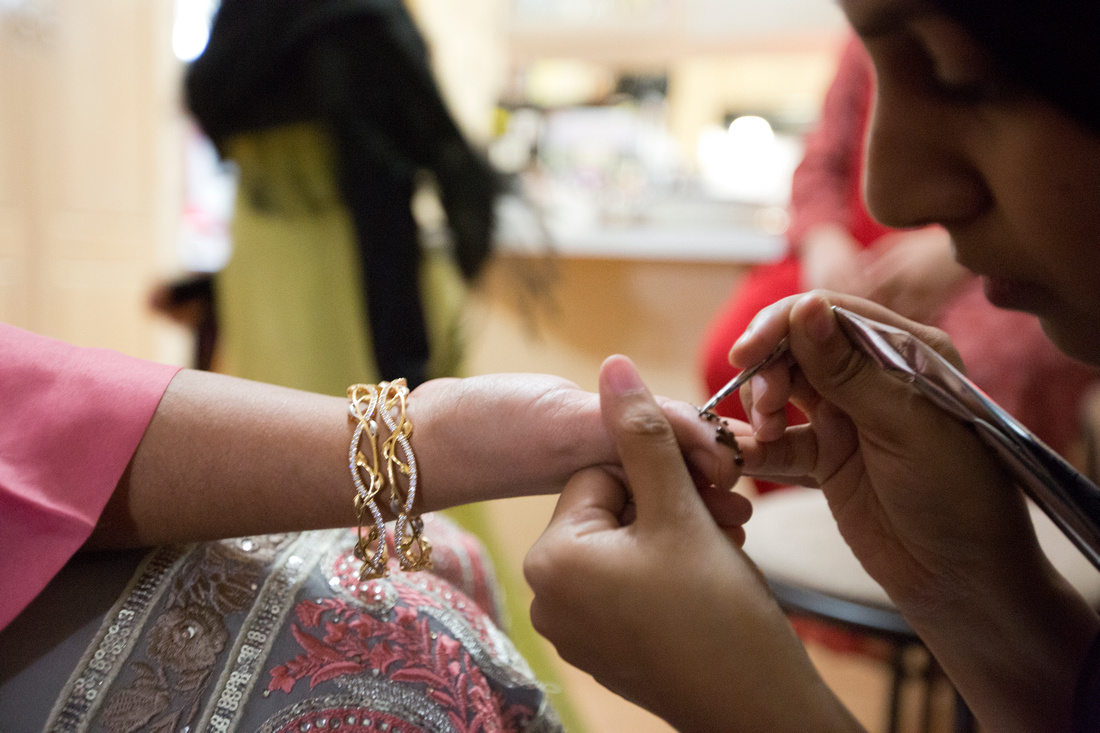