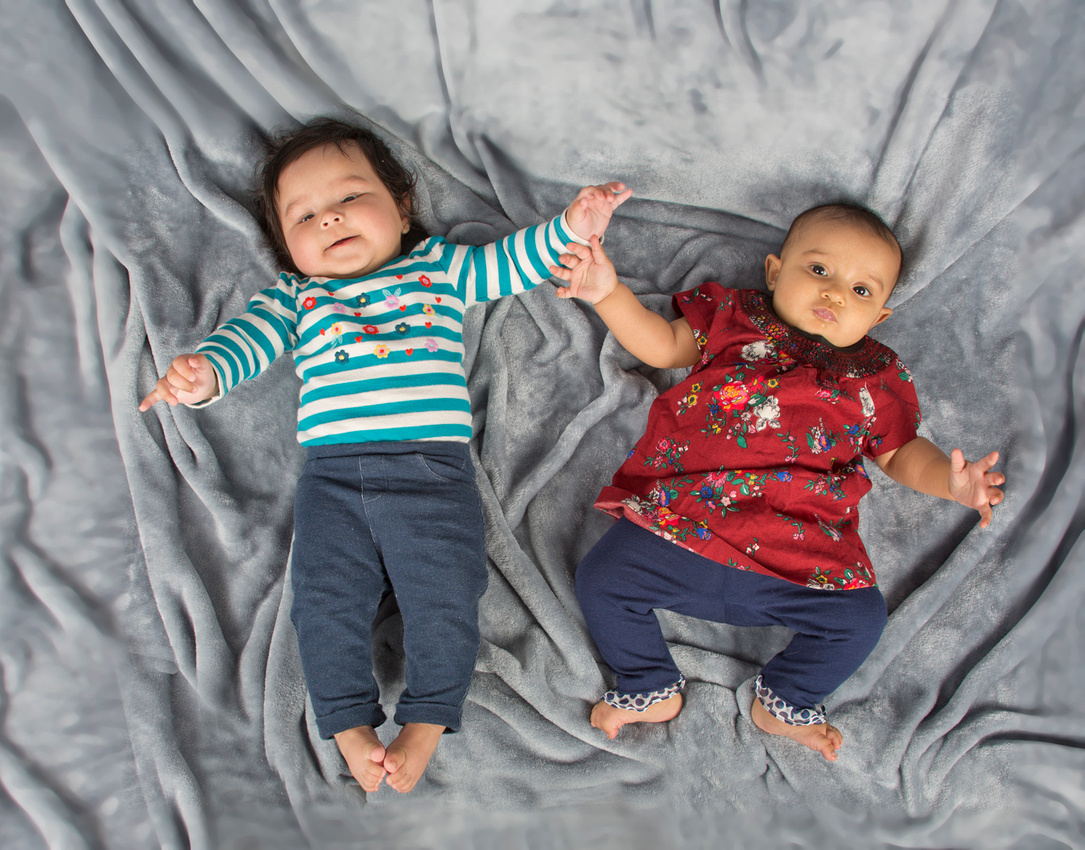 Photographing babies can pose many challenges so going with the flow is the only way to go. I recently photographed two babies at my studio in Los Angeles and it was a quite a treat. I used strobes at first but had to shy away from them by the end of the photo shoot. Most babies eyes can't stand strobes for too long. The photograph above was shot with the lights bounced and to the side of the infants so it ended up working out for a few shots. The shot below is both of them surprised by the lights. The looks on their faces are hilarious and priceless.

I like to go the natural route when I photograph babies. I would not put makeup on a baby or any gel in their hair, maybe some coconut oil?! Regardless, these two beauties look great with no Photoshop at all :)